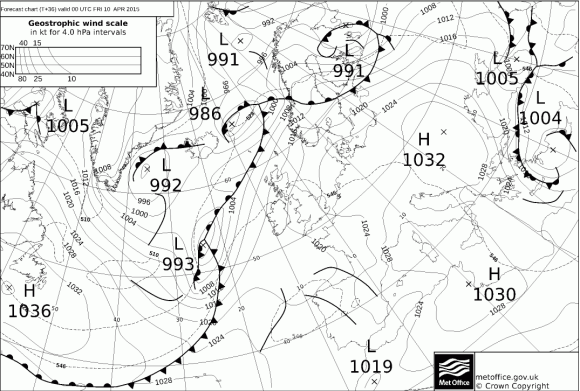 High pressure bringing fine sunny weather to much of Britain is shifting over the continent and set to bring a brief high or very high pollution event across the SE of the country on Friday due to a subtle shift in wind direction.  Slack air residing over Benelux countries for several days is set to move our way. 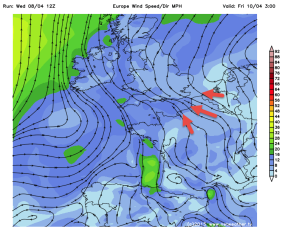 Belgium, Luxembourg, Netherlands and Northern France are populated, urbanised and industrial areas of Europe and the longer an air mass sits over such places the more pollutants it picks up.  The air over Benelux has been sitting slackly over these locations collecting pollution for several days (see back-trajectory chart below).  This air is forecast to travel over to the SE of the UK through Thursday bringing the highest levels of pollution to our area by on Friday morning.

Friday can be a particularly bad day for pollution events because of the build-up of local pollution through the week (which has also previously been correlated with greater rainfall on Fridays due to additional condensation nucleii being present in the atmosphere).  This local pollution will add to the toxic mix of imported long range air pollution expected to arrive here on Friday morning. Fortunately it is due to be replaced fairly quickly by fresher cleaner westerly Atlantic air by Saturday.

The situation is worse on Friday because of a temperature inversion at low levels persisting during the morning (see above right).  Temperature inversions often occur in high pressure situations overnight when air near the surface cools  by radiation.  The cooler air near the ground is unable to mix vertically because it is trapped by a warmer layer of air aloft, this is especially common on cool mornings and can be observed when mist or fog lingers at the surface.  It is such trapped surface air that can build up most polluted conditions and causes most health impacts.  In the most persistent inversions this can cause a condition known as “fumigation” (see below).  In addition, at higher atmospheric levels a plume of dust whipped up from the Sahara is likely to increase any haze observed. 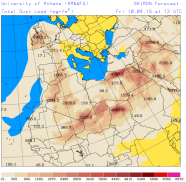 Air pollution can be produced locally by vehicle exhaust pollution, industry and agricultural activities (lofting of slurry products and ammonium based fertilizers for example).  Long range air pollution transport is imported from elsewhere.. non-dom pollution!  Ozone pollution at the surface is not produced directly but is the product of a chemical reaction with polluting gases such as Nitrous Oxides and strong sunlight.  This creates ozone gas which, at the surface, is a pollutant.  Fortunately, ozone levels are not expected to be high on Friday but particulate matter certainly is.

Fortunately this is a brief pollution event because the wind is due to shift quickly to the SW/W through Friday which will introduce fresher, cleaner Atlantic air by Saturday after the passage of a cold front. 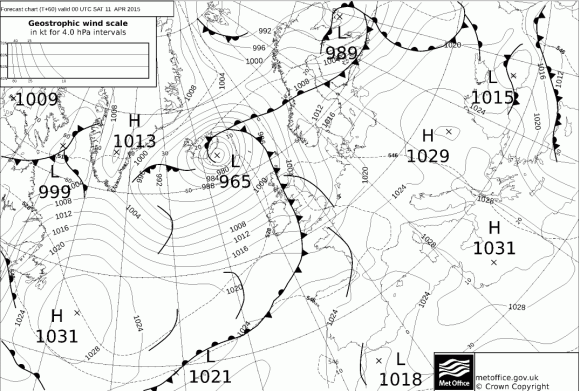 A bit more detail on air pollution: Air pollution is a mix of tiny particles and gases such as sulphur dioxide, nitrous oxides and ozone.  Particulate matter has sources that can be natural, such as volcanoes, dust from deserts, fire, spores and pollen.  Particles from natural sources are usually bigger in size and are less damaging to human health than smaller human-made / anthropogenic particles from the burning of fossil fuels (such as coal), other chemical reactions and agricultural activities.  Exposure to these smaller PM2 or PM2.5 particles can be more hazardous to human health because they can contain toxic heavy metals, can be soluble and, due to their tiny size, can be breathed deeper into the lungs and enter the cardio-vascular system causing health risks such as lung cancer, asthma and even heart attacks.   There is “no safe threshold” identified by DEFRA for these smallest of deadly particles PM2 so any exposure is worth avoiding.

DEFRA advice on how to respond to pollution events is listed below.  Importantly, avoid unnecessary exercise, breathe through your nose if possible and stay indoors if you are in a vulnerable group (children, elderly and people with lung problems).  In poor air quality conditions you might notice your mucus build up more than usual and perhaps coughing too as a response.

The outlook for Reigate is for the weekend to be a little more unsettled and cooler as a cold front passing through on Saturday, but little rain is expected to reach us in the SE. Sunday looks dry too but rain further north might slip south so watch this one.  Then a return to high pressure into next week and more dry conditions for the first half of the week. It looks like the second half of April could turn more unsettled, but nothing dramatic is on the cards locally. 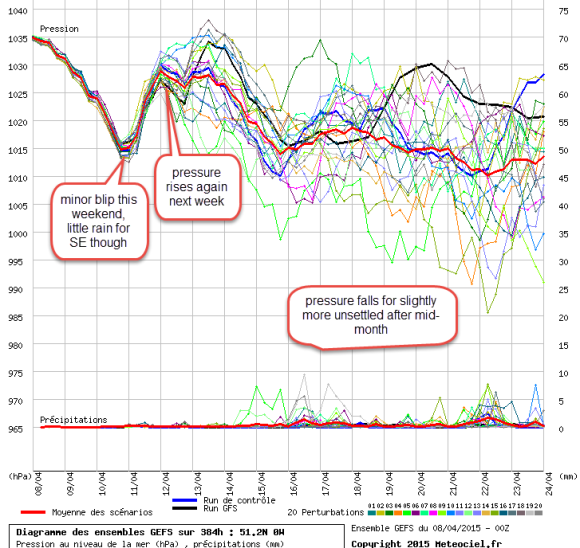