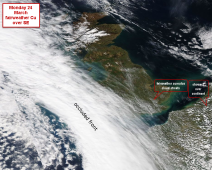 A ridge of HIGH pressure brought excellent fair weather cumulus cloud formation over the SE today.  The sat pic shows cloud streets of cumulus over the SE where local convection, capped by an inversion at 5000 feet created beautiful fluffy bubbly cumulus for much of the day. This came after the “coldest” night of the year at -1.2c in Reigate and -6c in the far north of the UK under clear skies and polar air. 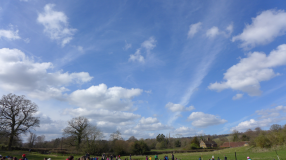 Another point to note was the opposite wind directions at different altitudes today: surface SE flows giving way to NW flows above 7000 feet.  The skew-t chart below illustrates these features of a super-lovely day here.  The fairweather Cu convection was surpressed later in the day as an advancing occluded front spread high level cirrus and cirrostratus across the sky thereby creating an enormous regional inversion of warmer upper air that effectively stopped further convection and the cumulus gradually faded with incoming cirrostratus and altostratus later in the day. 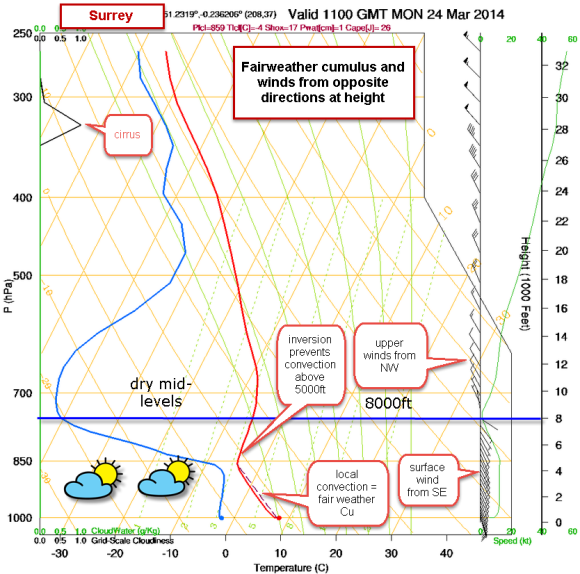 The rest of the week for Reigate deteriorates and becomes cooler and damper and more gloomy.  A large cut-off low is set to form over the continent, while a HIGH over Scandinavia will combine with this COOL-POOL to drag NE and easterly winds over the UK. 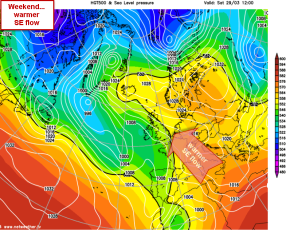 Usually such winds bring cool, damp and showery weather across the East and SE, including Reigate, with moisture picked up from the N Sea and temps from a cool early spring-time continent often creating layers of cloudy gloomy stratocumulus widely.  Thurs/Fri may see brighter spells with showers. 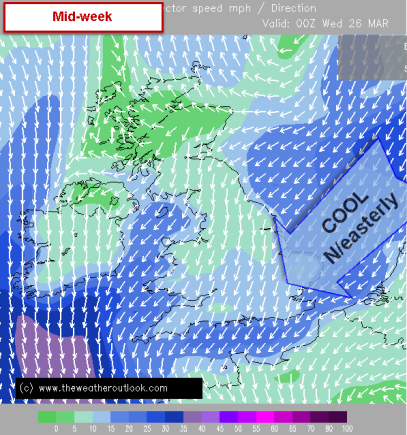 chilly easterlies with LOW to south

A LOW from Denmark mid-week is modelled to drift across the N Sea and this is likely to exacerbate the cold by bringing an extra-cool shot of cold continental air (-6 at 850hPa) over the UK mid-week: snow is possible over high ground of the Pennines and NE at this time.

Later in the week and at the weekend a subtle shift in the location of the Scandi HIGH and Euro-low could allow warmer SE winds sourced from the Mediterranean to filter into SE UK edging temps to the upper teens once again.  This is a fair way off still but will make the weekend a more pleasant prospect if this comes off.

things warming up at weekend

this would be nice!

Model predictions for the start of April look uncertain still with ifs-and-buts over how settled it will be.  Several sugges high pressure building at times early on but other models put a LOW over the UK for this period… so charts definitely worth watching for Easter school hols. 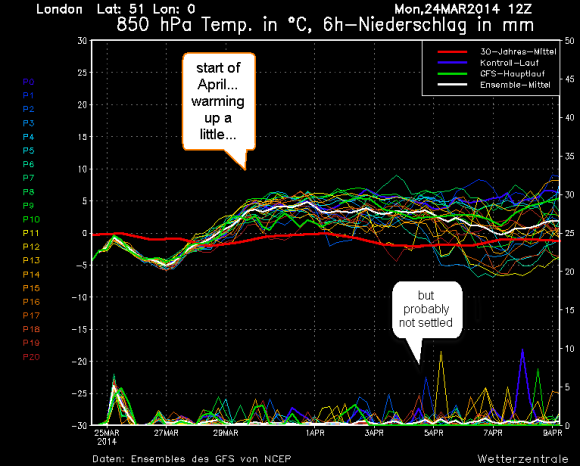 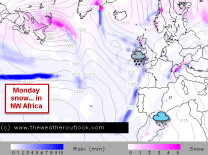 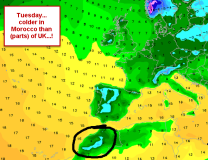 A wild meridional loop in the jet stream on 14-15 Feb injected a cool pool of air over NW Africa that created unsettled conditions, cloud, cold temperatures, rain, snow and dust storms over Morocco and parts of North-Western Sahara. RGSweather went to Morocco to investigate the effects of this African storm and bring you the experience of an unusual African cut-off low first hand! (well, we were going there on an expedition anyway, so why not?!).

A cut-off low is a depression, usually associated with mid or high latitudes when a meridional (bendy) jetstream loops down and leaves a cool pool with a resultant low pressure system “cut-off” as the jetstream returns to a more northerly latitude.  Cut-off lows sometimes barely show up on pressure charts but are often persistent features that introduce unsettled weather: often associated with showers as convective activity warms through the atmosphere and gradually “fills” the LOW. 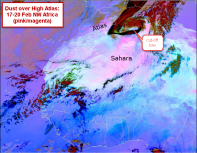 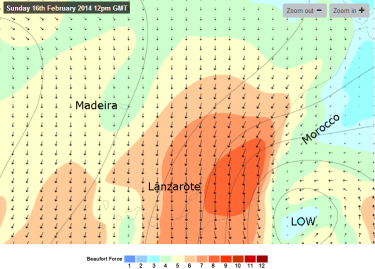 The Moroccan cool pool caused winds to circulate around the low and drag dust and sand over the High Atlas for a period as easterlies blew in across the Sahara as the low moved north and then east. 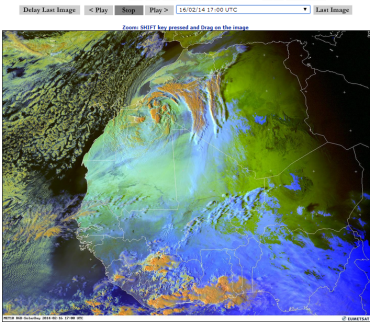 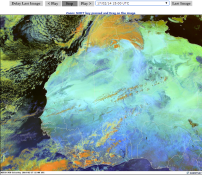 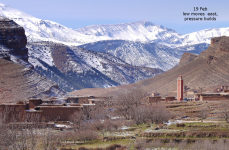 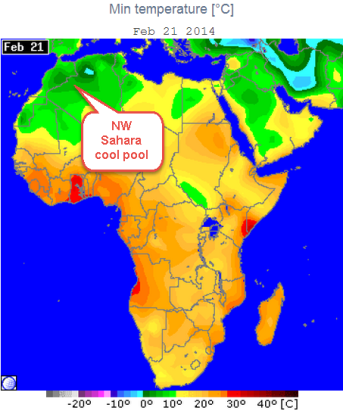 The animations below show the cut-off forming and cool-pool with showers and frontal precipitation (snow in mountains) over NW Africa and Morocco. Probable influence of sub-tropical jetstream too but information not available on this at the moment. 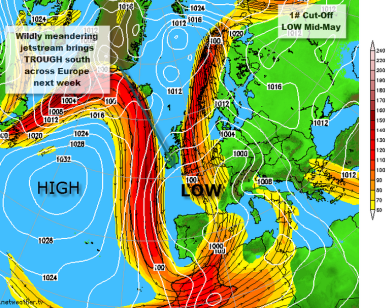 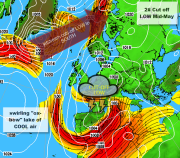 2# ox-bow lake in the jetstream

The jetstream meanders like a river of air in the high atmosphere. Much of the time the jetstream blasts pretty straight west to east, at other times it loops wildly north to south. This week the jetstream is due to loop wildly, like a meandering river and threatens to form a special weather feature called a “cut-off low”.

How do cut-off lows form and why are they special?

1# A loop of the jetstream descending over the UK is forecast to form a TROUGH of low pressure over Europe this week. The southward limb of the jet directs cool polar air towards Europe and LOW pressure.

2# The loop becomes so sinuous (bendy) that, like a meandering river, the neck is cut-off as the jetstream re-forms to the north.  The LOW to the south becomes “cut-off” as HIGH pressure builds to the north.

3# The cut-off LOW over Europe is left as an “ox-bow” of cool unsettled weather, especially near the centre of the low pressure.

4# The surface warms and CONVECTION occurs through the cool air: air rises forming big convective storms.  These are forecast to migrate from the continent and effect especially the South and SE of England.  Higher pressure should keep the north more settled.

6# The rest of May looks to have more rain and cool unsettled conditions as LOW pressure dominates.