#Reigate curtains for 2 week dry-spell, at least for now..

The weather has been mercifully quiet, with mostly warm and sunny conditions for Reigate over the last 2 weeks. This is gradually about to change but no particular drama is afoot other than some perky and windy frontal rain arriving in Reigate on Thurs night /Fri am, followed by showers and cooler breezier weather with hopefully some interesting clouds over the weekend!

Our two week dry spell (well, 13 days) ended briefly today with a light shower.  As the blocking high sinks away to the S, a cooler NW flow will swing by over the weekend ushered in by an active cold front on Thurs/Fri which will mark the arrival of some cooler days and frosty nights through to early next week. 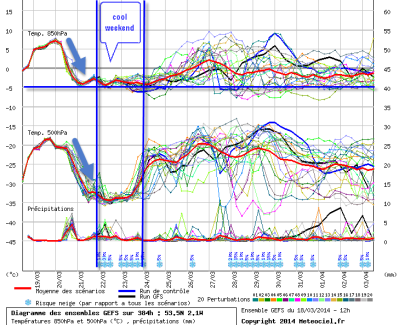 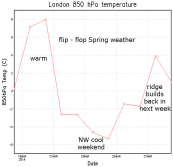 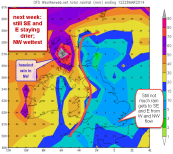 The charts show a typical early spring flip-flop in temperatures as warm air from the SW on the back edge of HIGHs is replaced by cool NW and even N winds as LOWS sweep across the North of the UK.  The back-edge of the LOW moving over Scotland in the next few days will drag down chilly Polar air especially on Saturday and Sunday. 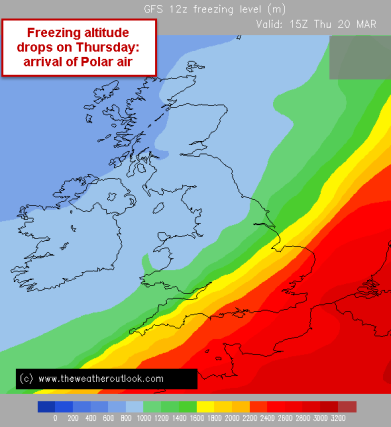 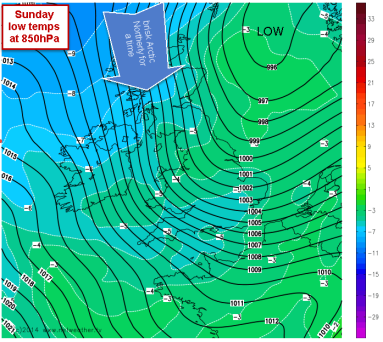 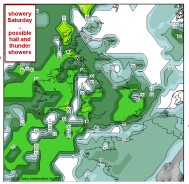 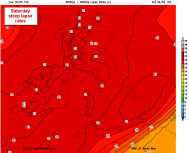 Daytime temps will struggle to double figures which, when last weekend hit 20c might feel a bit of a shock!  This cool airtstream, fresh from Polar regions, will also be warming through from below and therefore get rather unstable: this means thermals will have a tendency to rise, and keep rising through the chilly upper air, creating towering cumulus clouds and showers.  The chart below shows a typically unstable temperature height diagram with some ingredients for a showery day capable of building some nice cumulus clouds: steep lapse rate, saturated airmass through a large column of the atmosphere, some wind sheer (change of wind speed or direction with height). 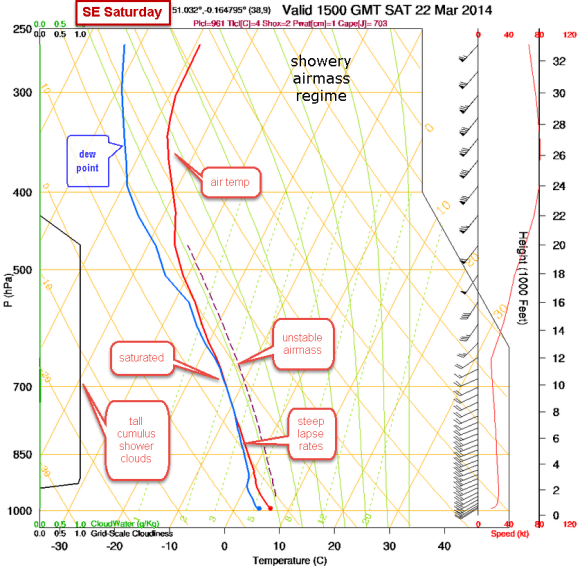 By the afternoon especially on Saturday cumulus congestus clouds might even be tall enough for some sharp showers, possible hail in the cold upper air and the odd clap of thunder is not impossible.  Nevertheless, total rain predicted is low and there will be sunny intervals. April showers, but a month early!  Next week sees a continuation of flip-flop spring weather.  April has the possibility of some high pressure returning with sunny and dry weather but the exact timing of this remains uncertain.  There is also some indication of unsettled pattern in April too, so take your pick! 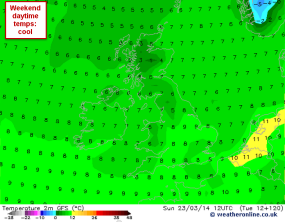 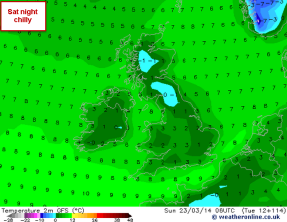 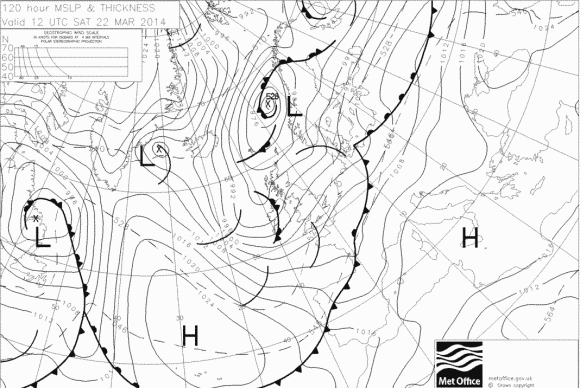