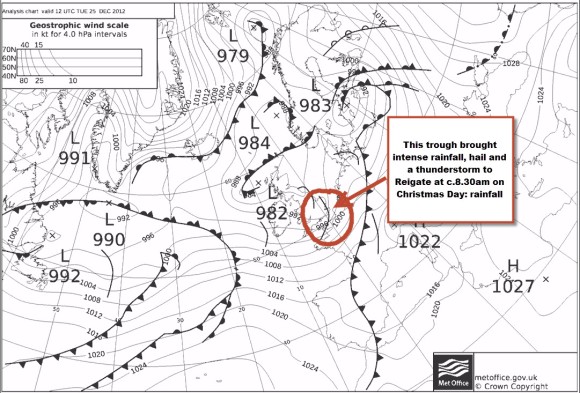 A heavy band of thundery showers caused hail, thunder and lightning over Reigate at 8.30am Christmas morning. A trough passed over the region and brought intense rainfall reaching 93mm/hr at 8.08am. Temperatures then dropped suddenly during the showers from 8C to 5.7C and winds gusted to over 25mph. Winds veered from Southerly to Westerly as the LOW pressure tracked north and out into the North Sea. The blue dashed line on the charts shows what happened as the trough passed over. The map shows the synoptic situation and the chart at the bottom shows lightning strikes occuring over Reigate at the time the storms passed over.

Over 16mm of rain fell on Christmas Day bringing the total for December to nearly 90mm.  With further rain forecast it is likely that Reigate rainfall will top 100mm by the end of the month: an “extreme” monthly rainfall for our area.  Our wettest day this half of the year was September 23 with 27mm of rain in one day. 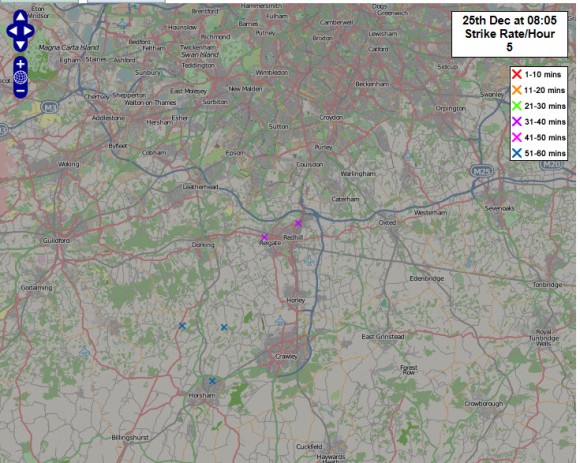